Elan is the only true beachfront accommodations in the region. Home of the whale tail, Marino Ballena National Park is one of the only marine parks in Costa Rica and is a haven for anyone who loves surf, sand, and wildlife. The park has a string of beautiful wide beaches that back onto the iconic palm trees of the region.

Our Beach Club is located in one of the beautiful beaches of the National Park. Staying with us you will have free access to Ballena Beach which is located right in front of Tres Hermanas Islands, perfect to visit it kayaking during low tide. Also, a great place to spend the day with family and friends picnicking, barbecuing, or simply setting up a hammock and languishing the day away.

Elan is well suited to swim, paddleboard, and kayak with it protected bay, but on certain days it can be perfect for surfing. While Dominical draws the most surfers because it’s considered to have the best waves in the area, there are a couple of lesser-known beaches along the coast that are equally worth visiting.

Playa Colonia: If you’re new to surfing, this is the beach for you because the offshore rock formations mellow the waves. Playa Colonia is inside Marino Ballena National Park and offers much more manageable waves, and there are plenty of surf schools nearby if you’re looking to learn.

Playa Hermosa: Just north of Uvita, this beach has consistent
waves for beginner and mid-level surfers, especially when there’s bigger surf at Dominical. The best breaks on this beach are right in front of the lifeguard stand.

This national park is one of the unique reserves in Costa Rica. Located just offshore and along the coast, the park protects more than 5,375 hectares of ocean and 110 hectares of land along 9 miles of coastline, including mangrove forests, coral reefs, and beaches. It was declared a national park in 1989, and although it is home to the famous isthmus shaped like a whale’s tail, it was named for the humpback whales that migrate here each year. Humpback Whales are in fact found in these waters for most of the year because the park benefits from 2 migrations.

Whales come from Alaska to the region from December to April, and from Antarctica from August to November, making it one of the world’s best places to go whale-watching. Along with humpback whales, there are 85 other species endemic
to the waters of this area.

The landscape of the park varies considerably depending on when you visit. In the morning, the mangroves come alive with the call of birds and the replenishing eucalyptus forest creates amazing colors. In the evening around sunset, scarlet macaws can be found in pairs in the trees, and monkeys regularly stop by.

On the beach, high tide brings with it waves and an active beach that is great for playing in the surf. If the surf becomes a little rough for you, small swimming holes created by the currents are calmer and safer for the less experienced swimmers. At low tide, the beaches transform into an expansive area to explore, and exposes the Punta Uvita Tombola — the Whale’s Tail. Stretching out into the ocean for about a mile, the Whale’s Tail is a natural barrier reef that was created by the forces of two rivers on either side of the reef. Along with a great place to explore the beach and take
in some incredible views of the mountains, the Whale’s Tail is also perfect for snorkeling. The four main beaches of the park – Playa Bahia Ballena, Playa Pinuela, Playa Colonia
and Playa Uvita are usually fairly deserted, making them serene and peaceful shorelines to explore.

Offshore, the largest coral reef on the Paci c Coast of Central America forms a crescent necklace with the three small islands known as Las Tres Hermanas, (The Three Sisters) with Ballena island as the centerpiece. The coral reef contains 18 coral species, making it one of the largest collections of coral in Costa Rica, including Stony Coral, Cauli ower Coral and Star Column Coral. Boat tours are available to Ballena Island, giving you the perfect opportunity divers and snorkelers to observe a plethora of marine life and explore the phenomenal ocean oor below. Along with humpback whales, olive ridley sea turtles, bottle-nose dolphins, sharks, star sh, false orcas, green iguanas, leatherback turtles and Bryde’s whales are common sights. Olive ridley and hawksbill sea turtles also nest along the shores of Playa Bahia Ballena between May and November. 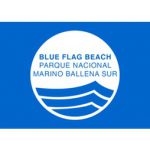 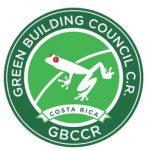 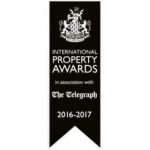 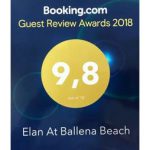 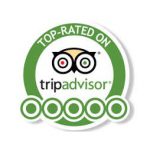